She Also Wanted a Perfect Score (1)

After the heavy snowfall last night, everything between heaven and earth was covered in silverish white.

There was a burst of fragrance from the kitchen, the aroma of a pork dish.

“What you eat nourishes the same part in your body. You need to use your brain in school, so eat more so you would become smarter.”

Jiang Xiaoman picked up the spoon angrily and cried while eating, her face filled with tears.

She felt guilty to Big Flower and Mrs. Flower.

Mrs. Flower gave birth to two piglets, and they ate both of them.

Jiang Xiaoman had raised them for a long time. Although Grandma prepared most of the pigweed and she would steal some of their pumpkins at a time, she still felt despondent once Big Flower and Little Flower were gone.

After Jiang Xiaoman finished eating, she ran to the pigpen and said to Mrs. Flower, who was dozing off with her head on the ground. “Mrs. Flower, don’t be sad. Now there are only the two of us left to depend on each other.”

Mrs. Flower lazily raised her eyelids to look at her, hummed a few times, and continued to sleep.

The little child cried so sadly, Jiang Xing couldn’t bear it and comforted her. “You like pigs so much. Next time, Uncle will buy you a Little Fragrant Pig2 to keep as a pet. ”

Jiang Xiaoman wiped her tears. “What kind of pig is a Fragrant Pig? It is cuter than Big Flower, and is it delicious? Is it fragrant?”

“…it should be delicious, I think.” Jiang Xing wiped her mouth and gestured to her. “It’s just this big; it will never grow, let’s not eat it.”

Jiang Xiaoman became a little happier, and from the bottom of her heart decided a name for the Fragrant Pig she had not met yet.

She hoped that Fragrance would always be fragrant. But after she thought about it for a while, she felt that it wasn’t a good thing if it was too pungent. She might get tempted to eat it!

After hesitating, again and again, she finally settled on a middle ground and chose a new name – Little Fragrance. It meant that just a bit of fragrance was fair.

After eating the New Year Pig, the uncles came to help butcher it left, and the house became quiet again. Jiang Xiaoman and Jiang Xiumei were cleaning up the leftovers and tidying the yard.

The weather was too cold, and Jiang Xiumei was afraid that Xiaoman would be too cold, so she sent her back to the house.

“Your uncle isn’t working; what are you doing following me here. Go back to the house.”

The mine was closed, all the workers went home for the New Years’. Jiang Xing naturally had no work to do and had been idling at home lately.

Jiang Xiaoman had to put down her chopsticks and ran back to the house to warm up by the fireplace.

Sparks flew up from inside from time to time, the sight making people feel drowsy. Xiaoman leaned her little head on Jiang Xing’s knee and asked him while mumbling. “Uncle, when can I go to the best kindergarten in the world?”

Xiaoman’s hair had grown again after more than half a year, and it looked even better than before.

She had very soft thick hair that felt good to the touch. It was just a pity that she loved her hair too much and didn’t let others touch them. Jiang Xing only touched them for a while before letting them go.

He thought for a while and said, “Soon.”

“Soon, soon, that’s what you said every time.” Jiang Xiaoman said angrily. “I’m four years old this year! If I don’t go to kindergarten now, I won’t have any more chances!”

“That’s just you.” Jiang Xiaoman put her hand in her waist and said, “Grandma said that you have always been disobedient ever since you were a child. She had to beat you several times a day; the (beating) schedule was even more punctual than mealtime. I’m not the same; everyone praises me for being smart. Grandma and Teacher Tang said that I have a promising future. What you said is not true! I’m going to be like Mother, the most amazing, smart, and promising child!” 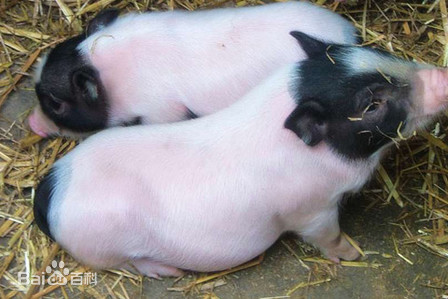 Want to read more chapters and support us? Please consider becoming a patron to read up to 24 chapters in advance!

What if My Brother is Too Good?

Duke, Please Stop Because it Hurts

Little One Tears the Villain’s Script

My Wife is My Life!

After Transmigration, The Male Lead and I had a HE

History at the Library

Read advanced chapters by supporting me on Patreon!

Buy everyone a chapter here!

The Emperor’s Consort: The Peerless Doctor

Quick Transmigration: He Likes Being a Father

I Refuse To Be A Character In A Novel

Register For This Site.

Please enter your username or email address. You will receive a link to create a new password via email.